The future just got a little closer to the present.

Today at Meta Connect, Mark Zuckerberg joined leaders from Reality Labs at Meta and a few special guests to showcase our progress in making the metaverse a reality. We highlighted the incredible success of Meta Quest 2, discussed how virtual reality is becoming more social, and showcased innovations for fitness, gaming and work. We also revealed Meta Quest Pro, a breakthrough device that’s bringing the physical and digital worlds one giant step closer together.

In recent years, we’ve shared a few details about our next VR device, which we called Project Cambria. Today, we’re dropping the codename and introducing Meta Quest Pro. This high-end headset will begin shipping on October 25, priced at $1,499.99 USD. You can pre-order your Meta Quest Pro on meta. com.

Meta Quest Pro is the first in a new line of advanced headsets built to expand the possibilities of virtual and mixed reality. Its pancake lenses fold light over several times, reducing the size of the headset while showing sharper visuals. A new, curved battery on the back helps make Meta Quest Pro a more balanced and ergonomic headset overall.

High-resolution outward-facing cameras capture 4X as many pixels as Meta Quest 2 and make Meta Quest Pro our first full-color mixed reality device. Imagine the possibilities when the physical and digital worlds can finally interact seamlessly, without you craning your neck to look down at a phone.

It’s also the first headset we’ve built that integrates inward-facing sensors to capture natural facial expressions and eye tracking. Raise an eyebrow, smile or simply make eye contact with someone, and your avatar will do the same. All of this helps improve social presence — the feeling that you’re right there together with someone no matter where in the world you are.

This is a big step forward in realizing the promise of the metaverse, and there’s so much more to cover, so get all the details on our Meta Quest blog.

New Partnerships to Advance the Future of Work

Meta Quest Pro was designed with productivity in mind and will be a major upgrade for those who use VR as a tool for work, but hardware is only part of the equation. We’re equally focused on creating and supporting software that improves the way you work.

Microsoft Chairman and CEO Satya Nadella joined Mark to announce a new partnership that will bring powerful new work and productivity tools to Meta Quest Pro and Meta Quest 2 next year, including apps for Microsoft Windows 365 and Microsoft Teams and the ability to join a Teams meeting from inside Meta Horizon Workrooms.

New Social Experiences in VR and Beyond

When Meta Quest 2 launched two years ago, the majority of people’s time in VR was spent alone. Now, the majority is spent in multiplayer and social apps.

Today we announced we’re developing Meta Horizon Worlds on the web so you can eventually pick up your phone or laptop and visit friends who are hanging out in VR, and vice versa. We also announced new social innovations we’re working on with the YouTube VR team. If you’re hanging out with friends in Meta Horizon Home, you’ll soon be able to watch YouTube videos together.

We previewed our next generation of Meta Avatars that will be more expressive and detailed — and announced full-body avatars in VR, starting in Meta Horizon Worlds. Outside of VR, we’re bringing avatars to video chat, starting in Messenger and WhatsApp, so you can express yourself and react without turning your camera on.

Get a deeper rundown of all our VR platform news on the Meta Quest blog, including updates on fitness and our multi-year collaboration with NBCUniversal to bring iconic comedy and horror content to life through experiences in the metaverse.

Beyond everything we announced today, we also shared updates on our research toward the foundational technologies for future devices and the metaverse, including:

With Reality Labs, we’re inventing a new computing platform — one built around people, connections and the relationships that matter. Visit Tech at Meta for the full story on our latest research.

Top 10 Tips for a successful application 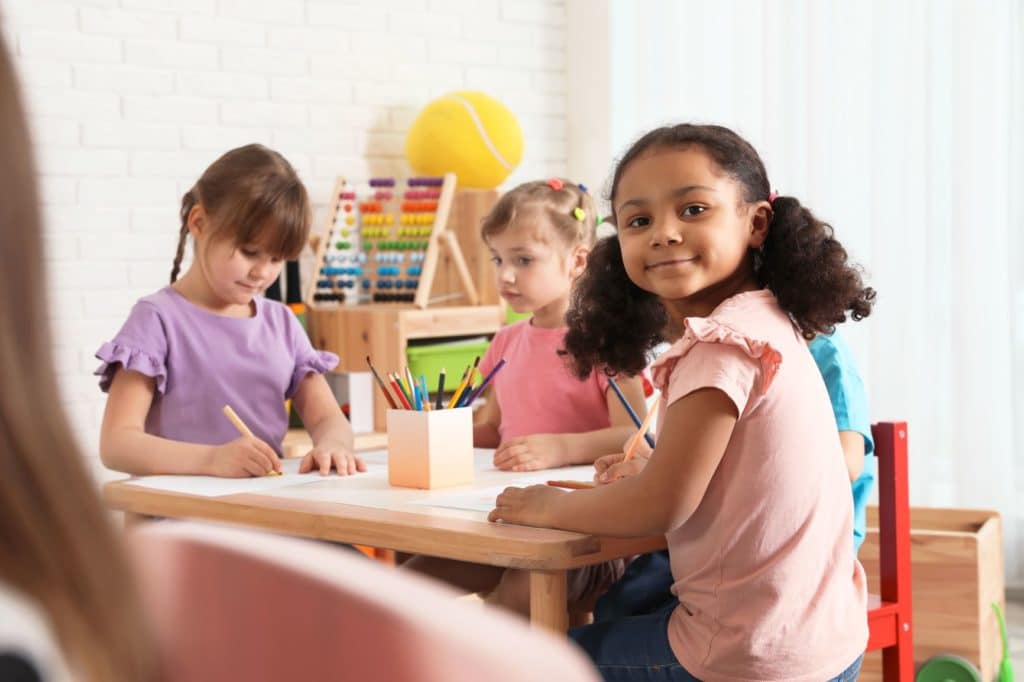 Day care refers to a setting where children are taken care of and entertained while their parents are at work or engaged in other activities. This service is provided by trained professionals who are experienced in dealing with young children and are equipped with the necessary knowledge and skills to keep them safe and happy.

The benefits of day care are numerous and undeniable. For parents, it provides a much-needed break from the demands of child-rearing and allows them to focus on their careers or other pursuits. For children, day care provides a valuable opportunity to socialize with other kids, develop independence and self-esteem, and learn new skills.

However, choosing a day care center for your child can be a daunting task. It is important to select a center that is both safe and nurturing, as well as one that offers a well-rounded program of activities and learning opportunities.

When looking for a day care center, it is important to consider a variety of factors, including location, cost, hours of operation, and the quality of care provided. You may also want to visit several centers in person to get a feel for the atmosphere and to meet the staff and other children.

In terms of safety, a good day care center will have strict security measures in place to ensure that your child is protected at all times. This may include secure entry and exit points, cameras to monitor activity, and a well-trained staff who are familiar with emergency procedures.

When it comes to the quality of care, look for a center that has a low child-to-staff ratio, as this is a good indication that your child will receive individualized attention and support. Additionally, make sure that the staff is qualified and experienced in working with young children. You may also want to inquire about the center’s policies on discipline, nutrition, and health, as well as its overall educational philosophy.

Finally, consider the program of activities offered by the day care center. A good program will provide a variety of experiences and learning opportunities, including age-appropriate activities such as games, art and crafts, music, and outdoor play. The goal should be to provide a well-rounded and stimulating environment that encourages growth and development in all areas.

In conclusion, choosing the right day care center for your child is an important decision that should not be taken lightly. By considering factors such as safety, quality of care, and program of activities, you can help ensure that your child is in a safe, nurturing, and stimulating environment where they can thrive and grow.

A record label, or record company, is a company that manages and oversees the production, distribution, and promotion of music recordings. They are responsible for helping artists to create and distribute their music, and to reach audiences through various channels including radio, streaming services, and live performances.

The main goal of a record label is to make money by selling the music of their artists. To achieve this, they invest in the recording process, marketing and promotion, and distribution of the music. They also negotiate contracts with artists, producers, and distributors, and manage the financial side of the business, including royalty payments to the artists.

Record labels have a long and rich history, with some of the oldest and most influential companies, such as Sony Music and Warner Music, tracing their roots back to the early 20th century. In the past, record labels had complete control over the music industry and were the gatekeepers to the industry, determining what music was made and what was not.

However, with the rise of digital technology, the music industry has become much more democratized, and the role of record labels has changed significantly. The advent of the internet has made it possible for artists to reach audiences directly, bypassing the traditional distribution channels controlled by record labels. This has led to a decline in the power of record labels, but it has also opened up new opportunities for independent artists to gain exposure and build their careers.

In conclusion, record labels play an important role in the music industry, providing support and resources to artists, as well as serving as gatekeepers to the industry and helping to determine what music is made and distributed to the public. The role of record labels has changed significantly in recent years due to advances in technology, but they still play a vital role in the music industry. 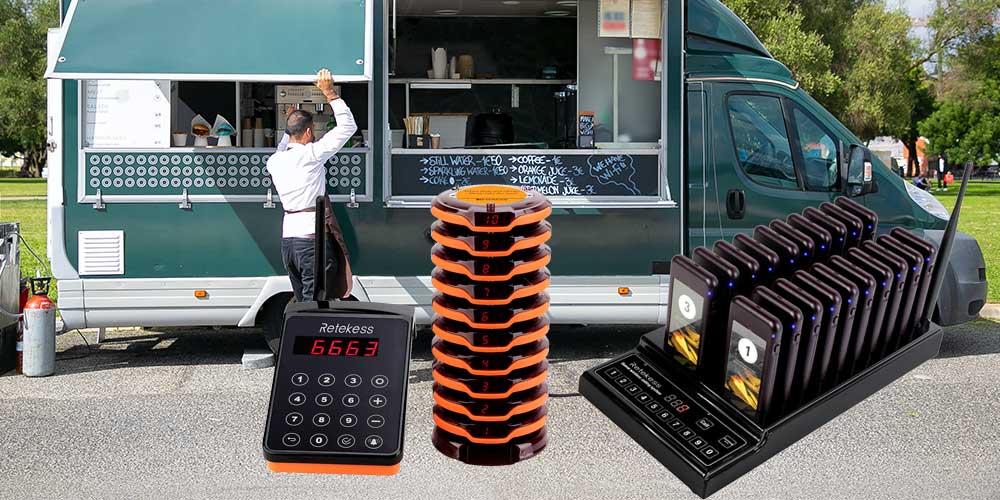 Food trucks have become a popular trend in the culinary world, offering a unique and convenient dining experience for customers on the go. A food truck is essentially a mobile restaurant, equipped with a kitchen and serving window that allows chefs to bring their food to the people, rather than relying on customers to come to them.

Food trucks offer a diverse range of cuisines, from traditional street food to gourmet dishes, and are typically found in bustling urban areas, busy streets, and at public events. They offer a fast and affordable way for people to grab a bite, and are often a hit among busy urbanites looking for a quick and satisfying meal.

The popularity of food trucks has exploded in recent years, as more people look for new and innovative dining experiences. Food trucks offer a unique experience that combines the convenience of fast food with the quality and creativity of a full-service restaurant. Whether it’s a classic hotdog or a fusion taco, food trucks are the perfect way to enjoy a delicious meal on the go.

For food truck owners, operating a food truck offers a number of benefits, including lower overhead costs and greater flexibility than a traditional brick-and-mortar restaurant. Food truck owners can choose to operate in a variety of locations, which can greatly increase their exposure and customer base. They can also offer a more personalized experience for their customers, by creating a unique atmosphere and menu tailored to the local community.

However, there are also challenges associated with operating a food truck. Food truck owners must navigate a complex array of regulations and restrictions, including health and safety codes, parking restrictions, and permit requirements. They must also be able to adapt to the demands of the market, by changing their menu and offerings to suit the tastes of their customers.

Despite these challenges, food trucks continue to be a popular and growing trend in the food industry. Whether you’re a food truck owner or a customer looking for a quick and delicious meal, food trucks offer a unique and exciting dining experience that is not to be missed.

In conclusion, food trucks are an innovative and exciting way to enjoy great food on the go. They offer a unique and convenient dining experience for customers, and provide a low-cost and flexible business model for food truck owners. Whether you’re a foodie looking for a new culinary adventure, or a busy urbanite looking for a quick bite, food trucks are sure to satisfy.